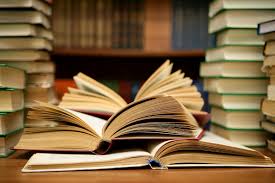 An interesting article in a series: N. T. Wright answers “What makes a good biblical scholar or theologian?”

This quote struck me as especially relevant as a scholar-practitioner of worship.

But to a Christian studying all this I would say: your personal reading of scripture (especially the Psalms), your prayer, your participation in the church’s rhythm of sacramental worship on the one hand and service to the poor (in whatever form) on the other – all this will form you as a person, including (but going beyond) who you are as a thinking person, in ways you won’t see at the time and perhaps not ever. But it will create and sustain a life in which your historical and theological study will be informed and infused with the life of the Holy Spirit; not to make you a perfect or infallible theologian or historian but to guide you in many appropriate directions and, not least, to give you courage when attempting difficult tasks and consolation when you fail (as we all do), as well as humility on the odd occasions you might really succeed.

Being formed and shaped in the image of God is a primary goal of Christian life. While in seminary, I was frequently reminded not to let my study of God overshadow or replace my relationship with God. In ministry, working for God easily substitutes with spending intentional time in the presence of God. My commitment has been to a daily devotional time as my day begins. That practice has expanded, and I believe, is the most sustaining aspect of my ministry and my life.

How do you integrate the pursuit of knowledge with faith formation?

All kingdom work is rooted in worship. Or , to put it the other way around, worshipping the God we see at work in Jesus is the most politically charged act we can ever perform. Christian worship declares that Jesus is Lord and that therefore, by strong implication, nobody else is. What’s more, it doesn’t just declare it as something to be believed, like the fact that the sun is hot or the sea wet. It commits the worshipper to allegiance, to following this Jesus, to being shaped and directed by him. Worshipping the God we see in Jesus orients our whole being, our imagination, our will, our hopes, and our fears away from the world where Mars, Mammon, and Aphrodite (violence, money, and sex) make absolute demands and punish anyone who resists . It orients us instead to a world in which love is stronger than death, the poor are promised the kingdom, and chastity (whether married or single) reflects the holiness and faithfulness of God himself. Acclaiming Jesus as Lord plants a flag that supersedes the flags of the nations, however “free” or “democratic” they may be. It challenges both the tyrants who think they are, in effect, divine and the “secular democracies” that have effectively become, if not divine, at least ecclesial, that is, communities that are trying to do and be what the church was supposed to do and be, but without recourse to the one who sustains the church’s life. Worship creates— or should create, if it is allowed to be truly itself— a community that marches to a different beat, that keeps in step with a different Lord.